Make Mine Music is a 1946 American animated anthology film produced by Walt Disney and released to theatres on April 20, 1946.

The package film was made up of ten segments. The Martins and the Coys, Blue Bayou, All the Cats Join In, Without You, Casey at the Bat, Two Silhouettes, Peter and the Wolf, After You've Gone, Johnny Fedora and Alice Blue Bonnet and the Finale: The Whale Who Wanted to Sing at the Met. 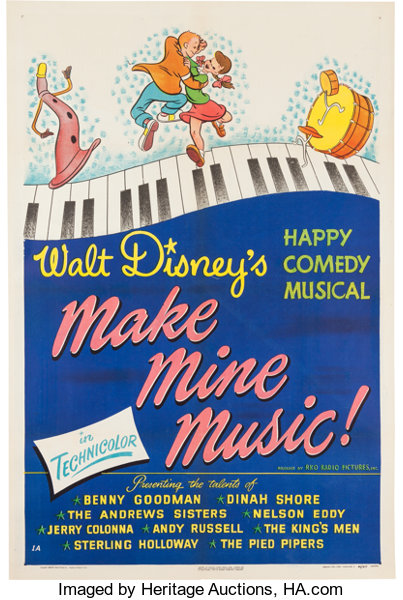 Casey at the Bat