In the film, Donald was inspired by a radio program to make waffles but accidentally adds rubber cement to the batter resulting in so much havoc that he charges off to the radio station to give them a piece of his mind. 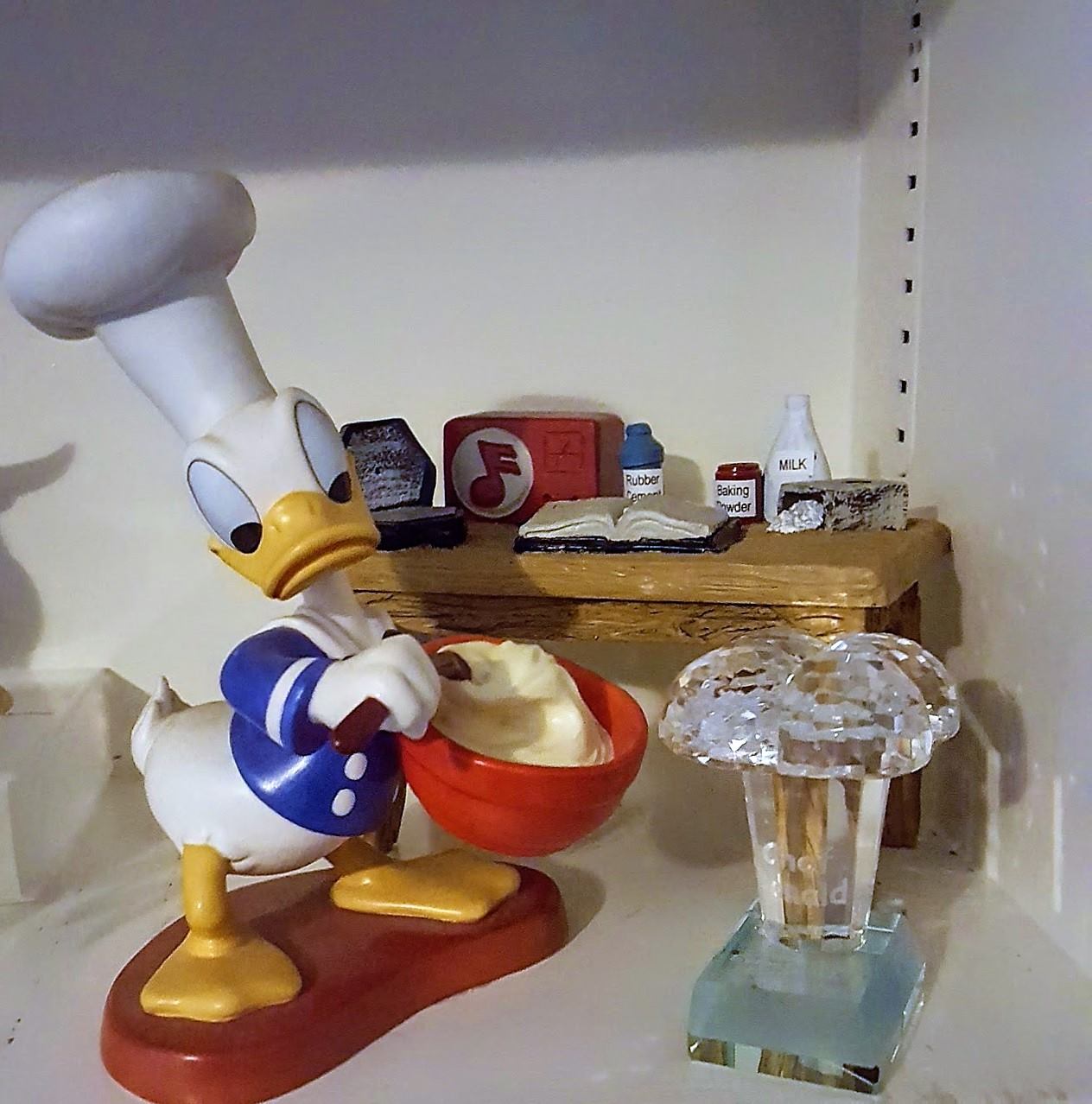